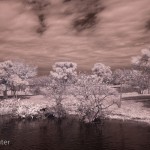 During my Lightroom for Digital Photographers workshop at the Palm Beach Photographic Centre I had the great opportunity to photograph at the Wakodahatchee Wetlands preserve in DelRay Beach, Florida. Known primarily as a wildlife preserve with incredible species of birds, turtles and even alligators, it is also a compelling landscape. I photographed in color and […] 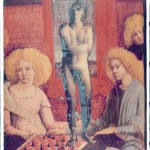 Even though he began to run the 20×24 studio in 1980, John did not begin making image transfers on the camera until 1983. It wasn’t though he did not try, the early attempts were failures, most of the dyes would not stick to the watercolor paper, it was difficult to control the large floppy negative, […] 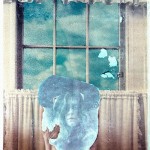 John Reuter was one of the earliest artists to utilize Polacolor Image Transfer. Taught the technique by artist and friend Rosamond Purcell in 1978, Reuter began shooting 8×10 in 1980. As he had with his SX-70 work Reuter used the Image Transfer process as a starting point of combining photography, painting and collage. For much […] 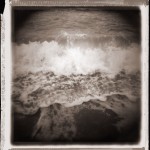 In 2003 I was asked to write a piece for Polaroid about the instant back they had developed for the venerable Holga camera. What began as intrigue soon blossomed into full fledge love and I photographed with it exclusively for a year. One small problem, I have never regarded myself as a landscape photographer and […] 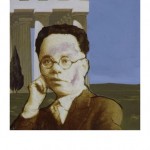 Even though I had been working in creative photography since 1972, I regard my first mature work to exist in the Polaroid SX-70 Imagery I began in 1974 and continued through 1980. Using techniques I refer to as SX-70 Construction and SX-70 Transfer, I utilized this medium to create these multimedia collages. My influences were […]