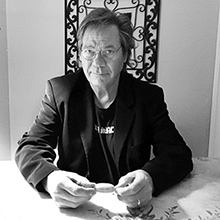 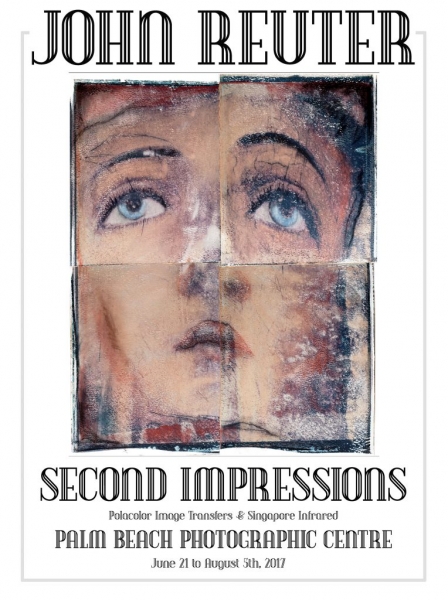 The Polaroid 20×24 camera is legendary for producing large scale, exquisitely detailed and lushly colored instant imagery. It has been championed by artists such as Robert Rauschenberg, Chuck Close, Joyce Tenneson, and William Wegman. It has been used in editorial spreads for Vanity Fair and advertising shoots for Absolute Vodka and Mikimoto Pearls.

One artist took a different approach. Hired in 1980 to run the 20×24 camera for Polaroid’s program John Reuter was interested in a different characteristic of Polaroid film. It had been known for several years that the if the Polacolor negative was removed form its intended positive early, it could be rolled into a different substrate, most commonly printmaking or watercolor paper. Reuter, who learned of the process from Rosamond Purcell, had been actively working with this process, called Image Transfer since 1978. While he was able to master the process with smaller formats of 4×5 and 8×10, his initial experiments with 20×24 were a disaster. Hardly any of the dyes stuck to the 22×30 sheet of watercolor paper, leaving a blue stain in a faint shadow of the image details.

Reuter continued with his 8×10 work throughout the early and mid 80’s but never entirely gave up on the holy grail of the 20×24 format. In 1983 and 1984 he began to have some success, but more from a change in attitude rather than perfecting the technique. He began to embrace the partial failures of the transfer process and make that part of the finished piece. By 1987 he found subjects more suitable for the process, first collage pieces but then statuary for his visits to Europe. Many came from the Pere La Chaise Cemetery in Paris and later the Elgin Marbles in London and figures from Brescia and Venice Italy. The colorless statues in sometimes deteriorating states were the perfect match for the transfer process, allowing Reuter to work off of the partial transfer rendition and add color and line that did not exist in the original. Drawing on inspiration from pastel masters such as Edgar Degas, Odilon Redon, Lucas Samaras and Francesco Clemente, Reuter created expressive interpretations of already expressive imagery found in the original statues.

Wishing to push the visual experience of the process further Reuter increased the scale of the imagery to nearly 4×5 feet by spreading the image over four panels. These large scale pieces have the look and feel of fresco panels and this exhibition marks the first time they have ever been shown together.

Complimenting the Image Transfer work is large scale imagery of another kind. Reuter moved on from the transfer work by the early 2000s and began to explore the landscape, first in analog with the Holga camera and Polaroid back, producing 8×8 cm negatives that were scanned and printed. These paved the way for a one of a kind series of infrared landscapes that Reuter created while on an artist’s residency trip to Singapore in 2009 and 2011. While at first glance these two bodies of work seem to be done by entirely different artists, the expressive approach to infrared with eccentric coloration and tonal palette is very much at home with the sensibilities of the hand worked Polaroids. 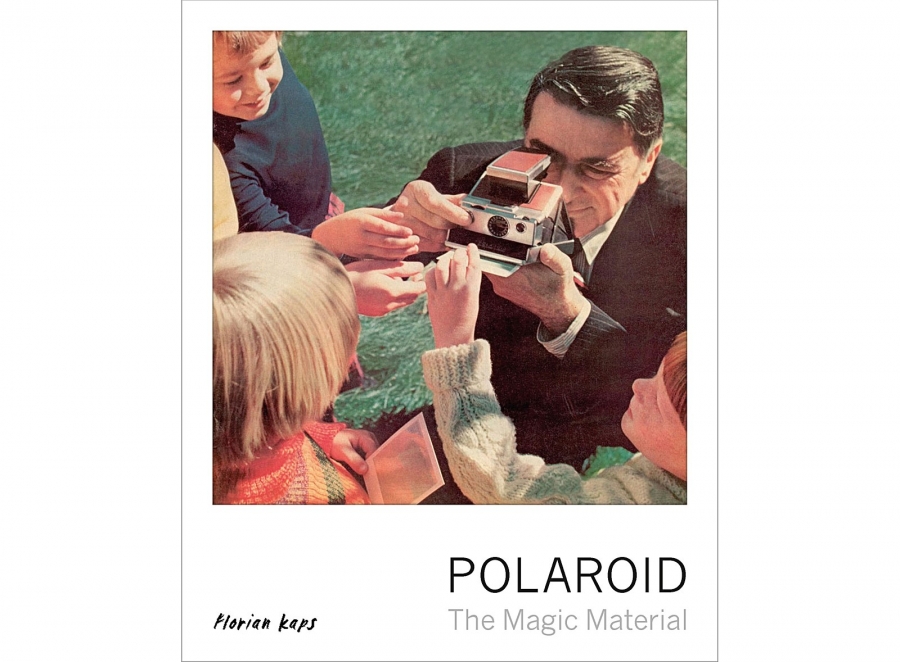 As we are now eight years removed from the end of Polaroid film production we have seen numerous books on the history of the company and its apparently unnecessary demise. Florian “doc” Kaps provides the most personal of these histories as he evolves from a devoted fan of the medium to a savior for the analog movement. “Polaroid, The Magic Material” is liberally illustrated with Kaps’ personal curation of historical, artistic, scientific and the mildly erotic, the most treasured use of Polaroid film. His personal journey through the last years of Polaroid and his increasing involvement in selling the film they no longer seemed to want to sell themselves leads him to the ultimate magic moment: taking over the about to be abandoned Polaroid factory in the Netherlands and audaciously producing a new film with the remnants of the people and materials left behind. This journey is recounted in doc’s unique prose and allows the reader into the world of one company’s decline and another company’s rise. True to Edwin Land’s pronouncement that a project should not be undertaken unless it is manifestly important and nearly impossible Florian Kaps redirected the history of instant photography. This book is an entertaining and enlightening recounting of one man’s love affair with the medium. 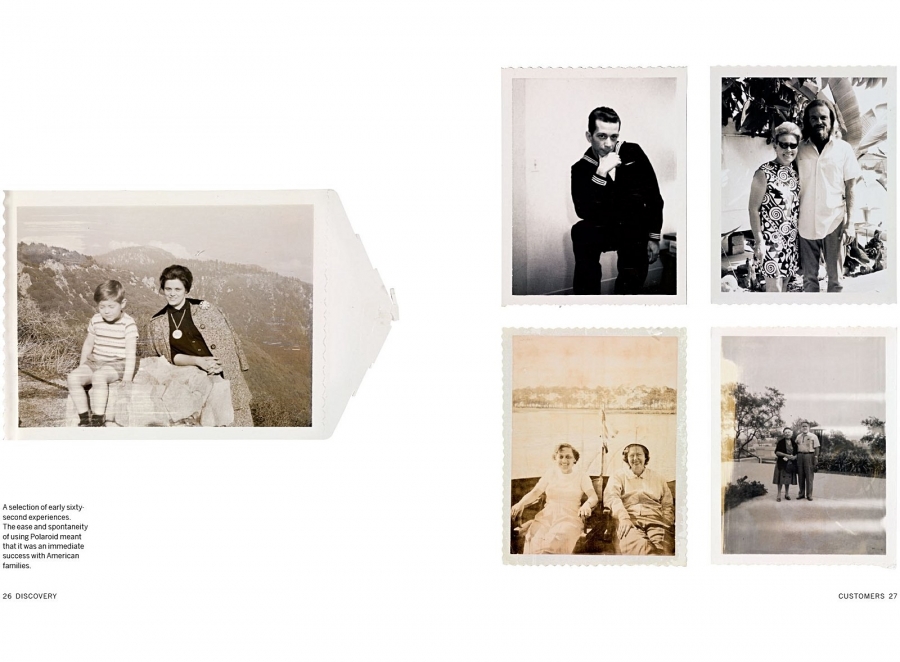 There is little doubt that Adobe Lightroom has become the software program of choice for today’s photographer. In the decade since its first beta release it has added incredible new features and upgraded the processing engine that makes the magic happen behind the scenes. While many photographers use Lightroom, few take advantage of its full feature set and master the powerful tools available.

In this seminar we will focus on the Develop module and the tools to process, enhance, color correct, sharpen, correct perspective and reduce noise. Once the global enhancements are made we will explore the local tools such as the graduated filter, the radial filter, the clone and heal tools and the amazing capabilities of the local adjustment brush. New to version 2015 is the addition of the Dehaze Filter, HDR Photo Merge and incredible advances in the Panorama Merge function. White and Black Point Adjustments have been also added to the local adjustment tools, making Lightroom more powerful than ever!
John Reuter’s Workshops at Palm Beach Photographic Centre:
http://www.workshop.org/pages/reuter-lightroom-studio.php

Legendary artist Joyce Tenneson recounts her look back at the Polaroid 20×24 images she created from the late 80’s through the early 2000’s. Exploring her archive once again has revealed images not chosen at the time of creation but that now have special meaning to her after this passage of time. These images will be collected in a new book and in an exhibit at Dowling Walsh Gallery at 365 Main Street, Rockland, Maine in July of 2016. John Reuter, who worked with Joyce to produce the images on the 20×24 camera interviews her for this intimate look at the “Unseen Polaroids”.

Florian Kaps, one of the founding members of the Impossible Project recalls a conversation he had with John Reuter in 2007. Dr. Kaps was interested then in producing a worldwide “final project” for 20×24 with the last 100 cases of film. John Reuter, Director of the 20×24 Studio had other plans. Reuter has kept the 20×24 Studio alive with film purchased from Polaroid just for the 20×24 cameras. That film is now running out and doc and John once again are discussing his plan from almost nine years ago.