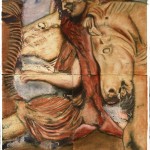 The Polaroid Polacolor Image Transfer process was extremely popular among photographers and artists in the 1990s and 2000s.  Not many have seen Image Transfers as large as 5×6 feet.  John Reuter began making 20×24 Image Transfers in the early 1980s and expanded the format in 1987 with his first 9 panel transfers mounted on canvas […] 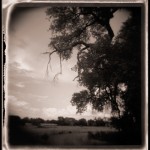 Back in the early 2000s, before Polaroid began its slow final slide, some very interesting products were released. The square peel part format was reborn, and the most amazing film was Type 85 Positive/Negative. A square cousin to the revered Type 665, this film was the alternative photographer’s dream. Coupled with the Holga camera and […]