From SX-70 to Impossible

Nearly 40 years ago I made my first images with a Polaroid SX-70 camera. Initially influenced by the imagery and technique of Lucas Samaras I pursued the surface manipulation that the integral film allowed. In the fall of 1975 I was shown a technique that offered me many more possibilities. Fellow graduate student Rick Valicenti demonstrated his “emulsion stripping” technique where one carefully removed the negative from the integral packet, revealing the positive image under a layer of titanium dioxide. On a light table one could make out the outline of the image and with a swivel knife carefully cut around details of an image. Portions could be kept and portions removed, leaving clear polyester in the open areas which could be filled with acrylic paint or collage imagery. All work was done from behind but when the image was viewed from the front it presented a smooth and continuous image. This allowed fantastic or surreal imagery to be presented in a container that belied the content presented. It was as if these surreal scenes ejected from the SX-70 camera untouched.
I later discovered an additional technique of “emulsion transfer” by soaking the film packet in warm water and floating the dyes out of one frame and placing them into another. The introduction of water caused the dyes to swell and contract, leaving artifacts that greatly resembled the textures of the reticulation process taught to me by Michael Teres in the early 70s.
Fast forward four decades later and SX-70 film is long gone and the technique I employed abandoned since the early 1980s. Impossible Project brings back instant integral film in 2009 and while it lacks the image quality of Polaroid’s SX-70 film it does possess some of the plastic characteristics of emulsion manipulation. The film exhibits a very narrow exposure latitude but coupled with the Impossible iPhone printer I was able to achieve the quality I once had with Polaroid materials. Calling on all forms of digital and analog technique I have combined Photoshop collages with paper collages and acrylic paint inside these familiar SX-70 frames. The Impossible materials respond the familiar “stripping” technique and the introduction of moisture will also create a reticulation effect in the image. I am please to present these in this alumni exhibition as an homage to my professor, Michael Teres. 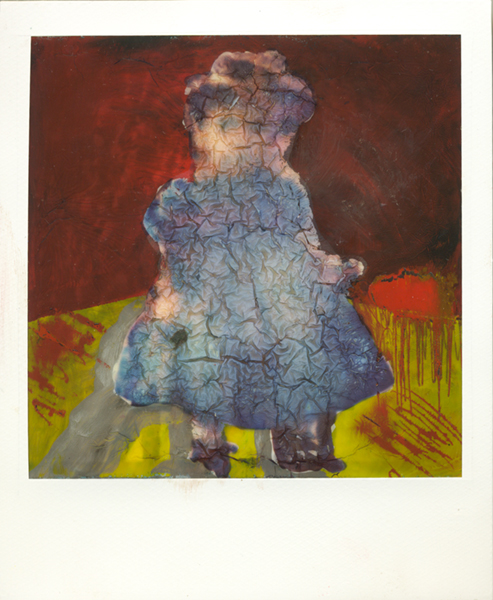 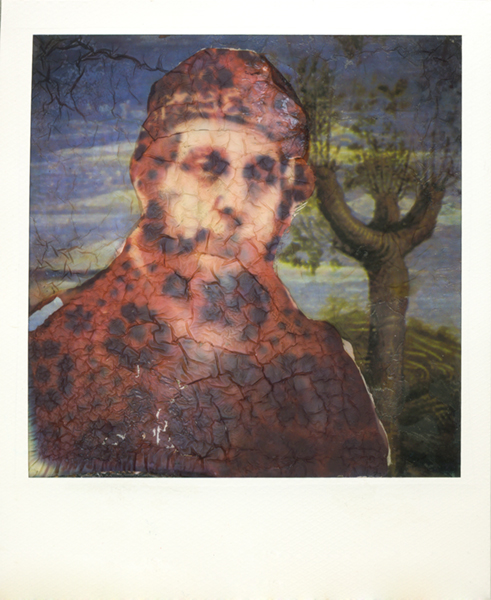 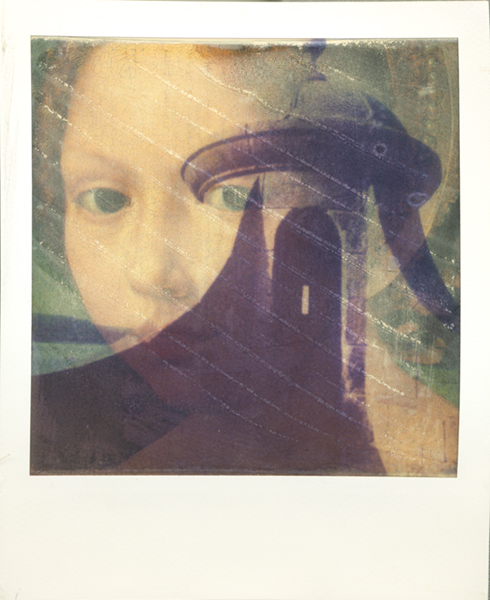